What is Electronic Speed Control (ESC)?

At present, we can observe the electric motors' speed control all over modern society. So, the list of speed control mainly includes an extensive range of machines which ranges from basic electrical appliances used in a household like in the garage, or garden to large industrial plants through pumps, machine tools, conveyor belts, etc. So we can notice how important and necessary this speed control technique is for several electrical machines. We cannot perform longer without an efficient method to control speed. So, the electronic speed control method is used to control the machinery as well as motor rotational speed. Next, we will discuss electronic speed control for motors, drones, vehicles, etc. 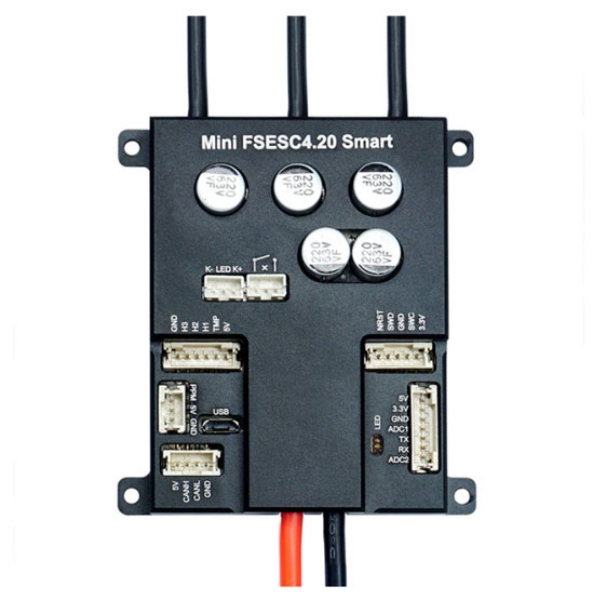 What is an electronic speed controller (ESC)?

An ESC is made up of three key components. A BEC/ voltage regulator, a Processer and the switching consisting of FETs (field effect transistor). Now let's get a little technical.

The BEC/ voltage regulator is a division of the ESC that will send a set amount of power (typically 5V 1Ah) back to your receiver to then power your servos. This also has a secondary function whereby if the battery that is driving the motor reaches its minimum voltage the BEC (Battery Eliminator Circuit) will reserve power for the flight critical controls, making sure the motorr doesn't take all the power from the battery.

The processor is an integrated circuit that now days is completely contained in a single silicone semiconductor chip. Its job is to translate the information being given to it from the receiver in the model and switch the FETs to regulate the power to the motor. The FET is the component that is doing all the work in an ESC. It "sees" the full voltage and current of the battery and motor. A FET is essentially an electronic switch that chops up the flow of electricity that in turn throttles the motor.

An ESC or electronic speed controller mainly follows a speed reference signal to change the speed of a switching network of field-effect transistors. The motor speed can be changed by changing the switching frequency or the duty cycle of the transistors.

For BLDC motors, different kinds of speed controls are necessary because this motor speed can be controlled by changing the voltage on its armature. This kind of motor needs a diverse operating rule like the motor speed can be changed by varying the timing of pulses for current transmitted to the different motor windings.

Generally, the Brushless ESC systems make 3-phase AC power such as a variable frequency drive (VFD) to make the brushless motors work. These kinds of motors are more popular due to their power, efficiency, lightweight, longevity as compared to usual brushed motors. BLDC motor controllers are very complex as compared to brushed ones.

The exact phase changes through the rotation of the motor, which can be taken into account using the electronic speed control. Generally, the rotation of this motor can be detected through back EMF, but variations that exist will utilize optical detectors otherwise separate Hall Effect sensors.

In general, the speed controllers based on programming mainly include some options which are specified by the user that permits braking, acceleration, timing & direction of revolution. The reversed motor’s direction can be accomplished by switching any 3 leads of the ESC toward the motor.

As we know, an ESC controls the speed of the motor spin of an airplane. It helps a similar purpose as the throttle servo of a glow-powered airplane. It is an edge between the radio receiver of an airplane and the power plant. Electronic speed control will have 3- sets of wires. One wire will plug into the main battery of an airplane. The second wire will have a typical servo wire that plugs into the receiver’s throttle channel. And lastly, a third of the wire is used for powering the motor. The main features of an electronic speed control include a battery eliminator circuit, low voltage cutoff, brake, and to.